Market, team, product. Those are the three fundamental pillars of startups. Different people will tell you one is more important than the other, but the truth is that serious problems with any of the three would likely lead to a failure of the project. Because of this, choosing the right market for your startup could be one of the most important decisions you can make.

1. Combine Personal and Professional Experience In The Market

Choosing the right industry or market for your startup is an interesting problem because on one hand, as mentioned, it’s extremely important to choose one with favorable conditions. Is it big enough? Is it growing or mature? Etc.

Nonetheless, the choices are usually restricted by your own domain of expertise. It’s unlikely that you would be successful in an industry in which you don’t know anything about the supply or demand side.

So, often you would feel stuck in an industry that is familiar to you.

This isn’t necessarily true, however. Even if you have professional experience in only one industry, you have experience as a consumer in many others. In fact, a lot of the best startup ideas come from people who want to build something that they themselves need. For example, Slack was initially built as an internal communication tool for a team of software developers (in the gaming industry) that didn’t like the alternative communication tools (primarily email). It turns out they weren’t the only team with the same problem, which made Slack one of the fastest-growing B2B startups in history.

You are not unique, so if you have a problem it’s likely other people have it as well.

Even if you aren’t building to solve your own problem, your experience in a market as a consumer can give you valuable insights. If you can combine these insights with unique skills and competencies from your professional experience, then you can have an advantage (a unique angle) over the established players in an industry.

For example, the Slack team obviously had the software development skills needed to create a tech product. However, what gave them the unique viewpoint was that the team was initially building a whimsical video game. Unlike its overly serious corporate B2B communication product competitors, Slack doesn’t take itself too seriously and is much more humorous and colorful, which definitely helped it stand out from the crowd.

So yes, you need a connection to the industry to have a realistic chance of building a successful venture in it. However, you should approach this limitation with an open mind. Startups are about innovation, and any uniqueness you can bring to the table can help you build something that stands out.

Often when you present your startup idea to experienced investors, they’ll ask you why now is the perfect time to develop your idea. What this question is getting at is that some kind of novel conditions are required for an idea to be viable. This is true because if the market conditions have been static for years, then undoubtedly somebody would have thought of and implemented something similar to what you intend to do.

A famous example is Tesla’s disruption of the car market. The production of motor vehicles was a very old and as a result – mature and saturate industry. The car technology was improving incrementally, but the industry hasn’t been disrupted in decades. Moreover, there was no precedent for a successful new car manufacturer startup on US soil for decades. Then why was Tesla successful?

Any industry is a complex system, so taking into account all the relevant variables is impossible. That said, the huge improvements in battery technology due to smartphones and the regulatory environment that pushes towards green technological solutions due to the concern for CO2 levels rising were definitely two factors that majorly contributed towards the initial success of Tesla. If Elon Musk had undertaken the same task a few decades earlier, he almost certainly would have failed.

The importance of timing the market cannot be underestimated: 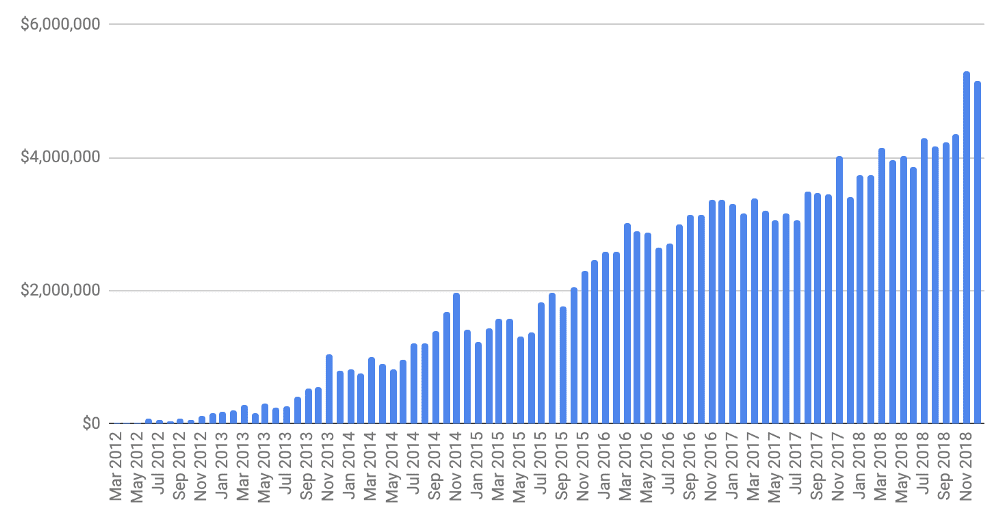 Above you can see Gumroad’s processed transaction volume from 2012 to 2018 (source). Gumroad is a service that helps people sell their digital products easily. Gumroad’s market is the so-called creator economy. In the picture above there are two interesting details:

First, Gumroad was venture-funded by the VC Kleiner Perkins (KPCB). This implied the backers of the business had a certain level of ambition. The comparison was made that Gumroad would provide online creators the same service that Stripe provides for online merchants. However, it turned out that in 2012 the digital creators were a tiny market compared to online merchants. Because of this, even though Gumroad had product-market fit and was consistently growing, their growth rate indicated that the market size isn’t sufficient to justify the investment made into the company ($8.1M in two investment rounds). Gumroad seemed like a lifestyle business, rather than a startup venture, which led to Kleiner Perkins selling back their share of the company for $1.

Nonetheless, the business continued growing and in 2021 it is valued between $100 and $500 million after a successful equity crowdfunding round.

Second, the company started out with a big team of developers in addition to sales and marketing people. Once it was clear they weren’t growing as fast as they needed to, the founder (Sahil Lavingia) was forced to let the whole team go and to continue managing the business by himself. Can you see in the growth graph when the sales and marketing team left the company?

The truth was that regardless of sales efforts, Gumroad couldn’t grow faster than the market it operates in. In 2012 the creator creators were a tiny market, but in 2021 it has grown significantly, and so has the company.

So, you could argue that Kleiner Perkins made a great bet – they invested in a good team with a great product that had product-market fit in a promising, growing, novel market. Their only mistake was timing –the industry was too small and too young to justify such an ambitious investment. The business couldn’t support the burn rate of a big team, and the company was forced to restructure.

Most true startups have some sort of innovation in them, and they often serve novel markets. In established markets the competition between the companies in the market is essentially a zero-sum game and innovative startup marketing could make a big difference. In novel markets, however, the participants grow WITH the market and successful competitors might even have a positive impact on other market participants if their efforts are successfully growing the market (creating demand).

Because of this, considering the novel conditions in the market that would facilitate the success of your project is vital. Why now?

3. Be Curious About Technological Novelty and Industry Trends

If the right timing is crucial, then keeping in touch with what’s up is vital.

To create a successful startup, you need to solve a problem that hasn’t been solved before.

The two most common examples in digital technology are AI and blockchain. That said, these aren’t the only interesting fields. No-code solutions are gaining a lot of momentum, static websites are a cool new development, etc.

Startups are usually associated with information technologies, but physical engineering can also bring interesting opportunities. While global warming is one of the top priorities of governments, there is money to be made in green energy, sustainability solutions, and the circular economy.

Realistically, almost every industry is advancing in one way or another. However, in order to notice the problem-solution fits before everybody else, you need to be plugged into the technology and market developments before they get to the mainstream.

You don’t necessarily have to be an engineer, but you have to be interested and involved in these new fields in one way or another.

That said, the real magic happens when you connect the capabilities of the new technology with the changing conditions of the market. This is when you might strike gold and be the first one to implement a needed, scalable solution that hasn’t been tried before.

For example, the pandemic accelerated the growth of edtech, telehealth, remote work, and a bunch of other from-home solutions a great deal.

With people spending a lot of time at home, the passion economy is also growing rapidly, and with it businesses that are solving the problems of creators.

In 2021 the cannabis industry was growing fast thanks to slow but sure legalization around the western world, online dating is as strong as ever with bars being closed, online casinos and gambling are on the rise and have a projected growth of 17% till 2022, etc.

However, while some of these trends are here to stay, it would be unwise to make your first steps into these markets now just because you see the growth.

As mentioned, you need to be well-positioned within the industry before the growth is clearly visible from the outside. Hence – the importance to be interested in new technologies for the sake of the unrealized potential they have, rather than for the sake of chasing already-realized trends.

To make the right choice:

1.       Consider your own field of expertise and your network.

2.       Be curious about new technologies and try to get involved in order to catch new business opportunities before they become obvious.

3.       Use your expertise and interest in the field to time the market as well as you can. 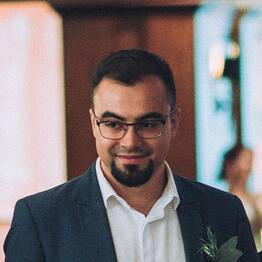 In this guide you’ll find a few effective startup communication tips derived from our own professional experience as well as from some of the best books on the subject.

How to Attract and Keep Top Startup Talent to Your Project

A startup cannot prosper without a highly motivated and competent team. This is common knowledge, however, attracting top startup talent to your early-stage startup is much easier said than done. In this guide we give a few crucial tips how to do it.